In the first of a series of posts, guest blogger Rosemary Waugh recounts her experience of The North Wall’s festival of new writing, Alchymy, which took place from Friday 7 – Sunday 9 April. Here’s her round-up of Saturday’s events: 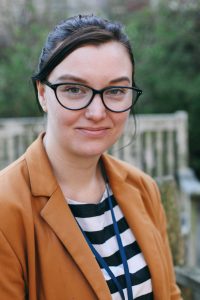 Saturday 8 April 2017 was a beautiful spring day, possibly the best of the year so far. Or so I am told. To be honest, it wouldn’t have really noticed if hail or frogs had been coming down from the skies, because I spent Saturday watching around eleven hours back-to-back of panel discussions, play readings and performances.

In the morning I’d had a conversation with another audience member about the oddness of attending the Edinburgh Fringe and the experience of seeing so many plays, one after the other. As she said, one of the strange things is that you might watch something heart-breakingly sad, only to stick around for the next performance and it’s a raucous comedy involving balloons and teddy bears in space. Or something. The point is that you end up with information and emotional overload, and it takes a while afterwards to begin unpicking what you actually thought about some of the things you saw.

Following on from having watched all of the events on Friday at Alchymy, including Theatrecraft, extracts from six different works written by the North Wall’s group of emerging writers for the year, I was starting to feel like I had a backlog of things for my brain to process. That was until I stumbled into I’d Guess Ideally I’d Be Me, a performance of poetry by Mary Higgins and Hal Coase. 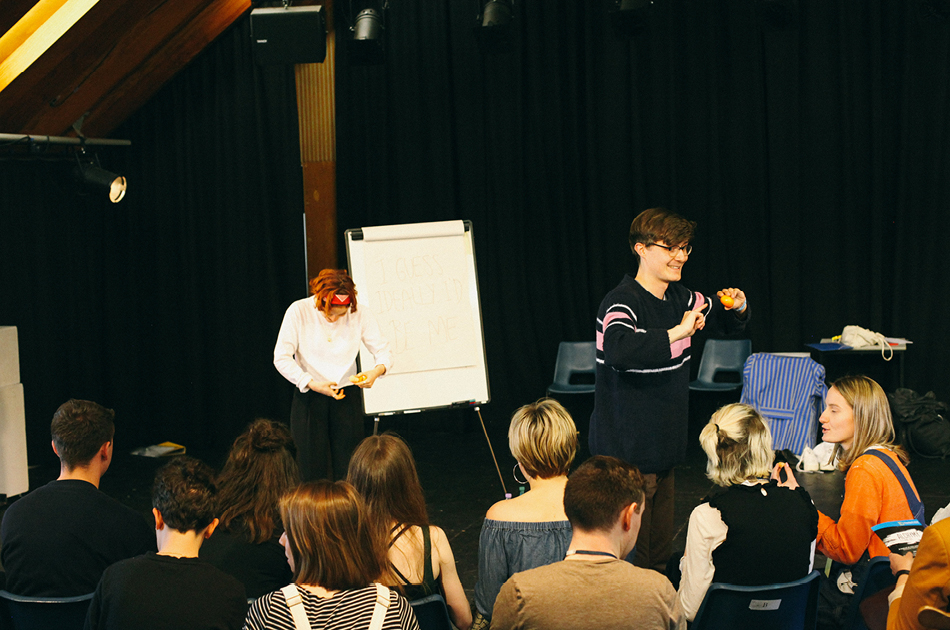 Although this is poetry heard aloud, it is not spoken word poetry. Or at least not in the sense of what we understand spoken word poetry to be when we think of Kate Tempest producing rhythmic reams that skirt and merge with song or rap. This is poetry spoken aloud in the manner familiar to Roger McGough’s Poetry Please on Radio 4. It’s poetry that you could easily read from the page, alone with a cup of tea, but which you also get so much more from when it’s made audible.

Higgins and Coase’s performance draws out and makes a virtue of elements of the writing that would possess a different effect if read. This is particularly true of the liberal use of repetition and overlapping lines (delivered by the two voices speaking back to and over each other). Lines like “Do you think we’re becoming a little brutal?” repeat over and over, lapping like water at the passive listener. I’ve since read this same sentence from my notepad many times, and the effect is very different. I notice instead the harshness of the ‘b’s and I lack the patience to read it enough times to really fall into it.

I suppose this is why we go to the theatre or to poetry readings or live music. Being forced to sit and listen, makes you simply unable to think: “I must stop reading this line and get on with writing/making breakfast/hovering.” You’re made to give your whole attention to the performance (audience members are politely asked to turn off their mobile phones) and, in this case, hear how words sound in other people’s mouths.

Being immersed in the performance – not in the sense of ‘immersive theatre’ but just in the way that any good performance should ‘immerse’ you to some extent – is also what makes consuming 11 hours in a row of information a slightly bizarre experience. On the day, Higgins and Coase’s understated performance of the poems felt like a rejuvenating moment. For works that deal so frequently with doubt and awkwardness, there was a paradoxical self-assuredness to the calmness of the delivery and the conciseness of the poetry. 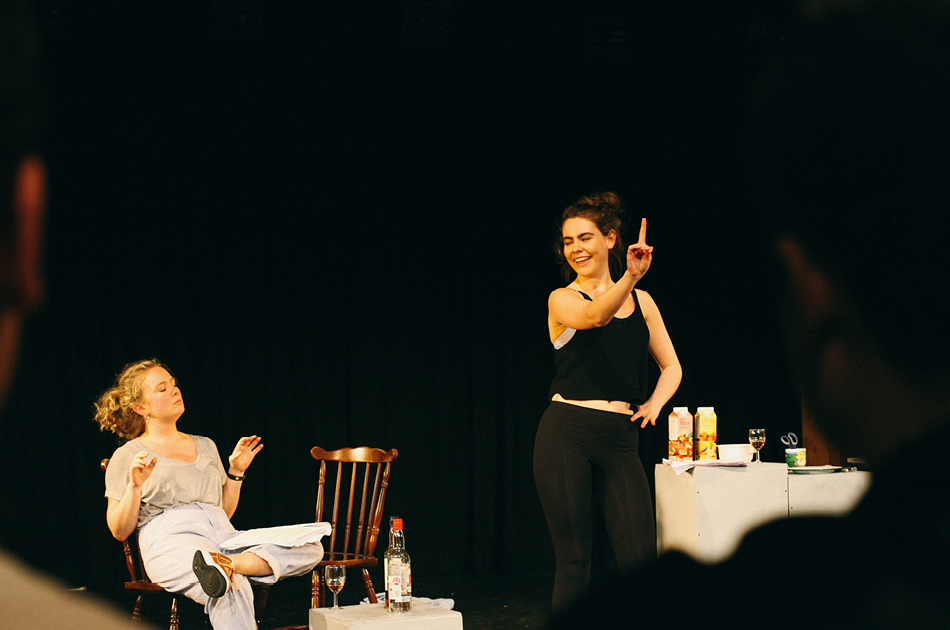 Of the other works I saw on Saturday, Madonna & Child by Lamona Ash is particularly adept at recreating the cringe-worthy speech patterns of an extrovert mother trying to entice her daughter to join her in a cabaret act. The duo’s contorted – and in many ways co-dependent – relationship was realised with tenderness and comedy. ROOST by Rosie Kellett (which I’ve written about separately) pays homage to rural life whilst also poking a whole lot of fun at it. Shoot, I Didn’t Mean That by Catriona Kerridge is an ambitious combining of four narratives about women who become obsessed by war, that has been playing in my mind ever since. I’m still not sure what to make of it, which is, I believe, a good thing to say about a play.

As with I Guess Ideally I’d Be Me, the evening closed with another soul-soothing show. Songs from Fragment by Dom Coyote and John Hoggarth saw the group perform a collection of songs that will eventually make it into their new gig-theatre show. On this occasion the title word ‘fragment’ worked as a description for these snapshots into a work in progress. It also functions as an insight into the mind of the main character and his dislocation from the world around him. In contrast to this sentiment, it was a beautiful closing piece that somehow tied together all that had gone before it in the day. 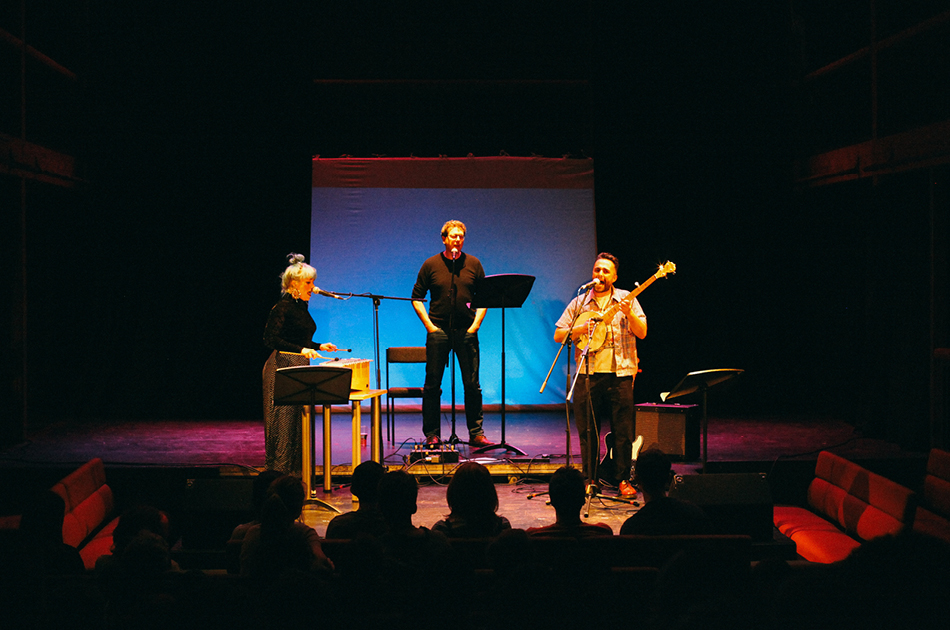 Rosemary Waugh is a freelance writer and theatre critic. She is the Reviews Editor for Exeunt magazine, which she co-runs with Alice Saville. She also reviews regularly for The Stage in the South West and South Wales. Previous work includes being a panellist for The Sick of the Fringe at the Wellcome Collection and collaborating with a critical group at the Inbetween Time festival.