Marika Mckennell is a playwright and spoken word artist. Her play E8 is currently being produced by The North Wall in association with The Pleasance at the Edinburgh Fringe 2019. We asked her about the inspiration behind the play and what influences her as a writer:

Your play E8 is set in an alternative provision school in London. Why did you want to tell this story in particular? Why now?

I haven’t seen a story about an alternative provision schools before on stage. I think these schools often receive a bad press in the media, and rightly so thanks to corporations like G4S and students being seen as prisoners. There is a tendency to consider schools for excluded young people as all the same. I wanted to show that some are radically different, genuinely alternative and trying new structures based on pedagogies such as hip hop ed and attachment theory. Unfortunately, these schools are up against wider structures of funding cuts, austerity and silencing. I wanted this play to give a voice to people whose stories are often left out, or not heard. 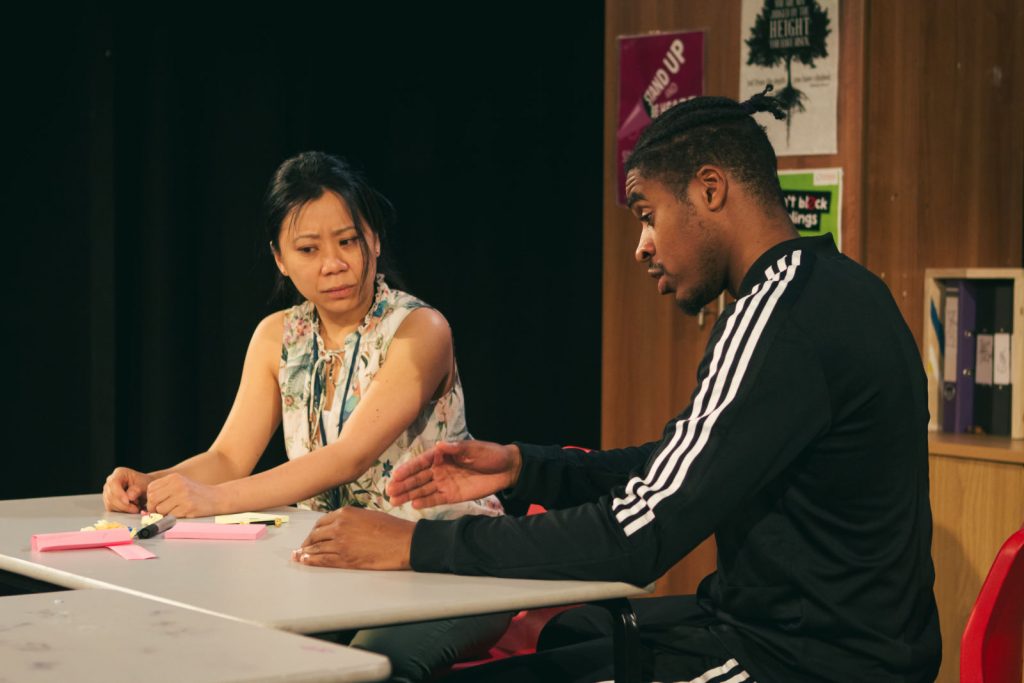 You’ve spent several years teaching in a school similar to the one in E8 – how did that influence you when creating the characters of Polly and Mo?

The characters are an amalgamation of a few different people. ‘This story is all true but contains no facts’ – I can’t remember who said that but it definitely applies to this play. I think these characters are contradictory and that’s where their truth lies. I love them despite their flaws and I hope the audience can share this affection. It was interesting writing Polly because her character was mainly based on cis male colleagues, but traits like compassion, thoughtfulness, selfishness and authority, are essentially human so it worked making her female, and actually after I finished writing E8 the real school appointed a woman as head for the first time, so I was a bit ahead of the trend there.

Can you tell us about the play has developed over time?

I knew I wanted to write about the school I was working at. Whilst on the Royal Court Writers’ Group in 2016, I came up with a play that was set at the school, it was originally called 11/11 and had a bomb in it. Sort of EastEnders meets blasted. I then worked on it whilst on ArtsLab at The North Wall and that’s when it became what it is today. ArtsLab was the best place to write, to have space, time and support from Ria Parry, John Hoggarth & Sam Potter allowed me to finish the play. There was then a rehearsed reading at Alchymy 2018 directed by Ria. I then sent it off to some mates (at ALT actor training) and their feedback allowed me to write a second draft. And now the Edinburgh production. Which I’m beyond excited about!

You’re also a spoken word artist. How has writing poetry influenced you when creating E8?

Poetry sort of creeps into everything I write. I think my dialogue has a rhythm and awareness of the sounds of the words. I use a lot of slang which I see as inherently poetic, as all slang is metaphor and all metaphor is poetry. There’s only one ‘poem’ in the play and I never intended it to be a poetic play but it is in there. 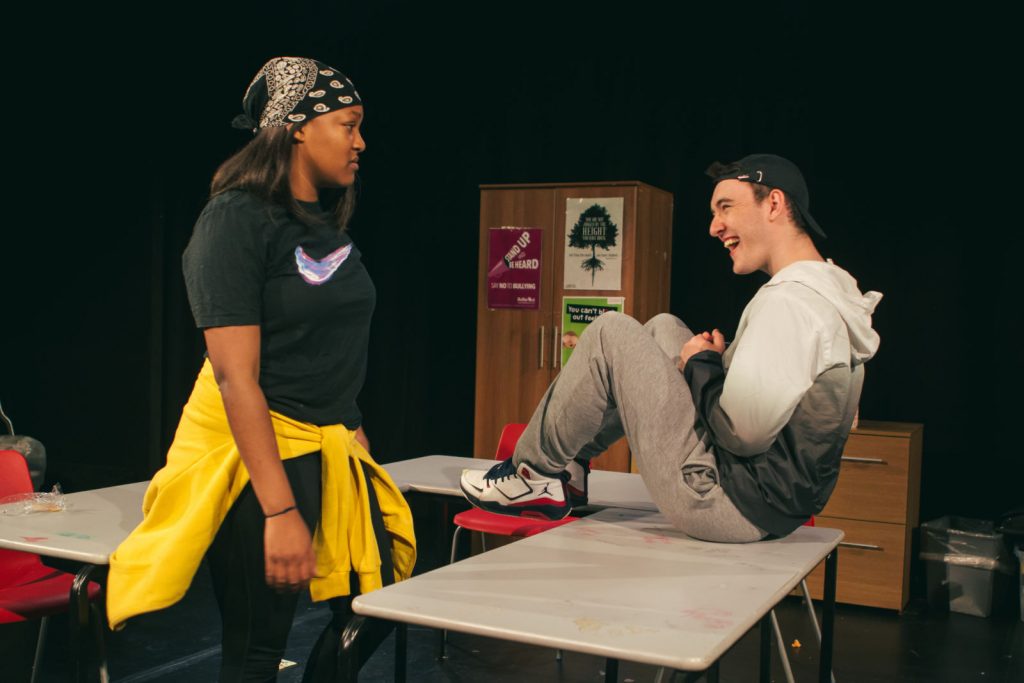 Why should people see E8?

Ria has done the most amazing job directing and the actors are absolutely brilliant. As for the play itself, it’s important, it’s truthful, and it’s happening right now. If you’ve experienced a PRU or alternative provision school, or have ever worked with young people, particularly those from disadvantaged areas, the play will really speak to you. If you have never heard of any of these things, hopefully it will be a heartfelt as well as comic introduction. I think it will appeal to anyone who has an interest in education, social justice, race and the working class. It subtly points out the problems and tries to find solutions. It’s also quite funny and I think the characters are likable, which always helps.