Every year, The North Wall runs ArtsLab: a series of free residential courses for emerging artists aged 18-25. Participants are selected through national auditions and are partnered with a team of professional mentors, and spend three weeks creating a new piece of work together. As week 2 draws to a close, performer Emily-Jane McNeill tells us more about the experience so far… 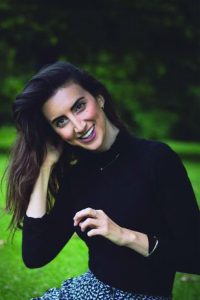 I first got into the arts when I was six and played Marta in a local production of The Sound of Music in Northamptonshire. From that moment I was obsessed with theatre and did everything and anything I could locally. When I was 14 I was accepted to join the National Youth Theatre and distinctly remember on the course thinking ‘I would love this to be my job.’ After moving to London at 18 I joined the Rep Company with Fourth Monkey Theatre and then went on to train on the BA Acting Course at The Royal Conservatoire of Scotland.

During my second year of training at RCS I wrote my first play called Flat Pack which I took to the Edinburgh Fringe and realised then the importance of creating your own work. I applied to ArtsLab because I felt I really needed the creative space and time away from London to be able to explore a few comedy ideas I had. It has been the best and most inspiring few weeks working with such a talented creative team. We’ve discussed in the room a lot about the idea of home and that period after you graduate where there can be this overwhelming sense of feeling lost. This has been one of the stimuli for our work and it’s been wonderful to be in a safe environment trialing pieces, getting to know the styles of comedy each of us create – my main influences are Emma Thompson, Julie Walters, Helen Mirren & Phoebe Waller-Bridge – and what steps we need to take once the course finishes. Last week some of us tried stand-up for the first time and continued creating sketches & ensemble pieces. This week we are gearing up to our final performance – which we can’t wait to share with you all!