In a series of tragicomic episodes vividly brought to life by award-winning writer Hassan Abdulrazzak, And Here I Am tells the true story of artist and theatre-maker Ahmed Tobasi and his journey as a refugee in the West Bank to Norway, and then back again. Below, in his own words, he tells of the formative experiences that shaped his personal journey. 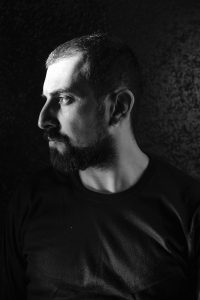 One of my first memories is as a three or four year old, playing outside my home. I remember hearing ‘Curfew, curfew, they are coming,’ watching as my neighbours vanished into their houses. Thinking it was a game, and remembering Tom and Jerry cartoons, I hid next to the garbage. A man appeared and kicked me across the alleyway. Shocked and upset, I ran home to my mum.

But soon these types of memories begin to recur; Israeli soldiers raiding my house, my father being arrested and taken to prison, a friend being killed. Before long I’m a young man of seventeen holding an AK47 with dreams of fighting for freedom.

I grew up in Jenin Refugee Camp which was established in 1948 after the Nakba. It is arguably one of the most brutal refugee camps in the world, renowned as a stronghold for the resistance, subjected to continued violence from both the Israeli army and the Palestinian Authorities. In my camp the majority of young people suffer from Post Traumatic Stress Disorder, 40% of the male population end up in prison, there is mass unemployment, an extensive drug problem, and a continuous pressure to pick up arms. My personal story journeys through the numerous obstacles and struggles, including the first and second intifadas, my choice to become an armed resistance fighter, the invasion and bulldozing of my camp, my four years in prison, my life as a refugee in Palestine and in Norway, and what drove me to become an artist and return to my homeland to fight for change through culture. 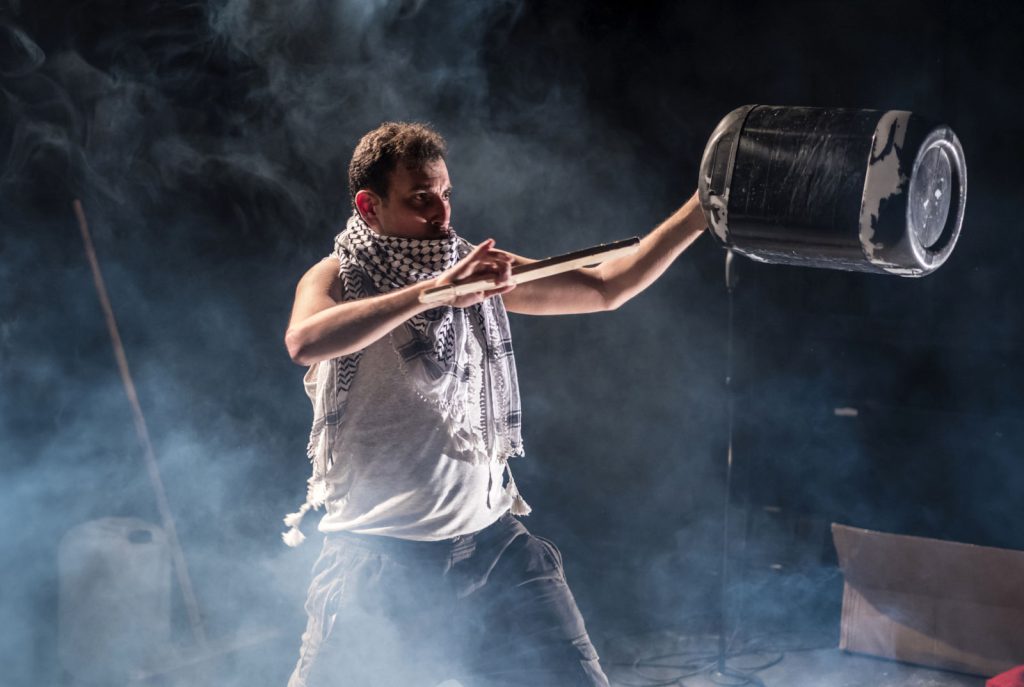 Ahmed Tobasi in And Here I Am. © Oliver King Photography

I have lived through many identities, that of a fighter, a prisoner, a refugee in multiple places, but it is as an artist that I am coming to the UK to tell my story.

I first discovered theatre as a young child watching plays made by other kids at ‘The Stone Theatre’, a local organisation built by the mothers in my community and a woman called Arna Mer-Khmais, an Israeli activist. In 2002 The Stone theatre was destroyed by a rocket in a military invasion of my camp. However, Arna’s son Juliano Mer-Khmais, an actor and director, would go on to found a new theatre – The Freedom Theatre – in 2006. Here young people, including myself, learnt acting, but more importantly we learnt how the arts could be used in the fight against occupation and oppression. In April 2011 Juliano was murdered outside the theatre. This reaffirmed my commitment, and that of others around me, to cultural resistance.

My story is a tough one. It is both unique and representative of many people across Palestine. I invite the audience to come on this journey with me, to learn and explore the many situations I and my community have faced, and ultimately to ask the question – what would you do in our situation?

And Here I Am will be performed at The North Wall on Wednesday 19 July at 8pm. Book tickets here.