Writer & Up in Arms co-director, Barney Norris, talks about his theatre company’s approach to telling stories and the inspiration behind While We’re Here, which tours to The North Wall from 6 – 8 June: 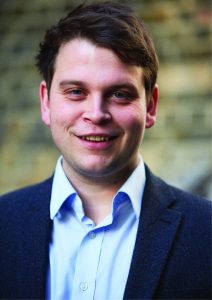 WHILE WE’RE HERE is the latest play to emerge from an ongoing experiment being conducted by my theatre company, Up In Arms. Since our first full-length play VISITORS opened in 2014, we have been engaged in a continuing exploration of what life is like for people in the neck of the woods we hail from. We make regular visits to the communities where we grew up, and where we feel at home, primarily in Wiltshire and Hampshire but also stretching west into Dorset and north as far as Oxfordshire. Travelling round this region we take the temperature by conducting formal interview and research processes, and also through the more informal route of following our noses; revisiting old haunts; talking to family and friends, and listening for gossip. I call it dredging the hedgerows. The idea is to gather together the world as it looks from these places we know intimately, and share those perspectives on life with the wider world through making theatre. 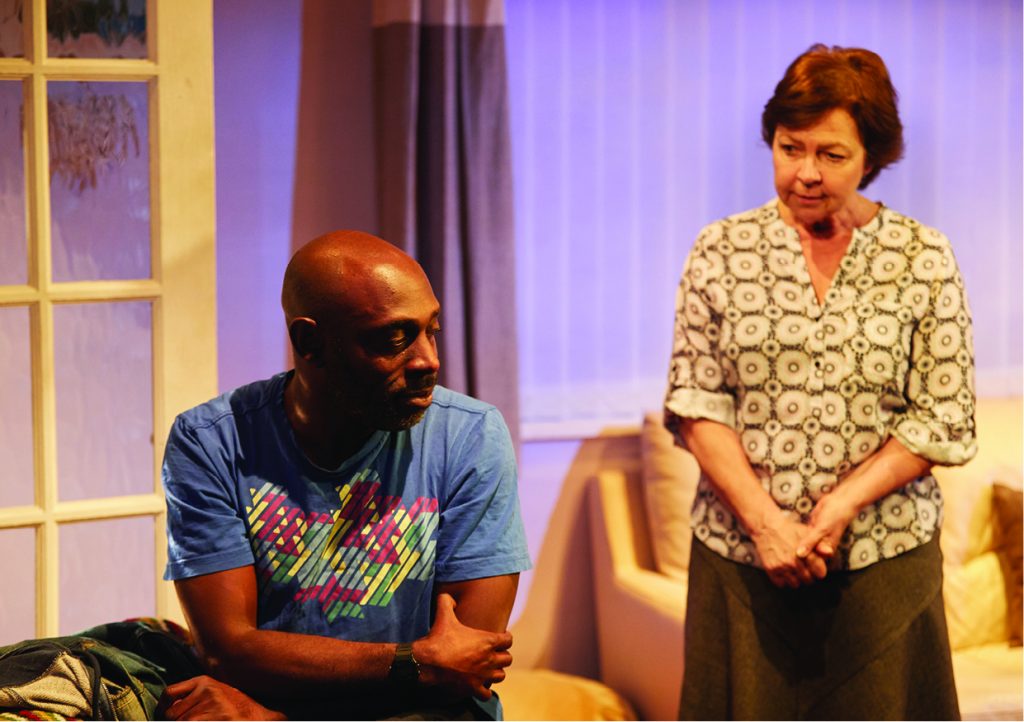 The Eastleigh by-election to replace Chris Huhne in 2013, which some may remember boiled down to a contest between UKIP and the Lib Dems, made us want to make a play about the atomised towns of the south of England, where people struggle to come to terms with the low ceilings of suburban life; a southern culture we felt no one was speaking for. We wanted to make work about the way people related to the society around them – the way people run and hide from the world, and how they immerse themselves in it. We found our way to Havant, a town outside Portsmouth and close to the coast where we felt a new world opening up to us. And as our research in Havant and elsewhere developed, we found ourselves drawn into explorations of fostering in the British Nigerian community in England; into mental health referral processes; into homelessness and hidden homelessness in the U.K. While We’re Here became a story about the way we look after the vulnerable in our country, as well as a story about human vulnerability, human weakness, human joy, and the tightrope between laughter and sorrow.

Our ongoing project at Up In Arms is an attempt to change the emphasis on how we view the society in which we live; to argue for localism and genuine diversity as crucial parts of our future. A grand ambition for a small theatre company, no doubt; but we’re good at getting laughs as well, so perhaps we have a USP that gives us a chance of mattering!