The third in a series of interviews with the cast and creative team of Fast Track. 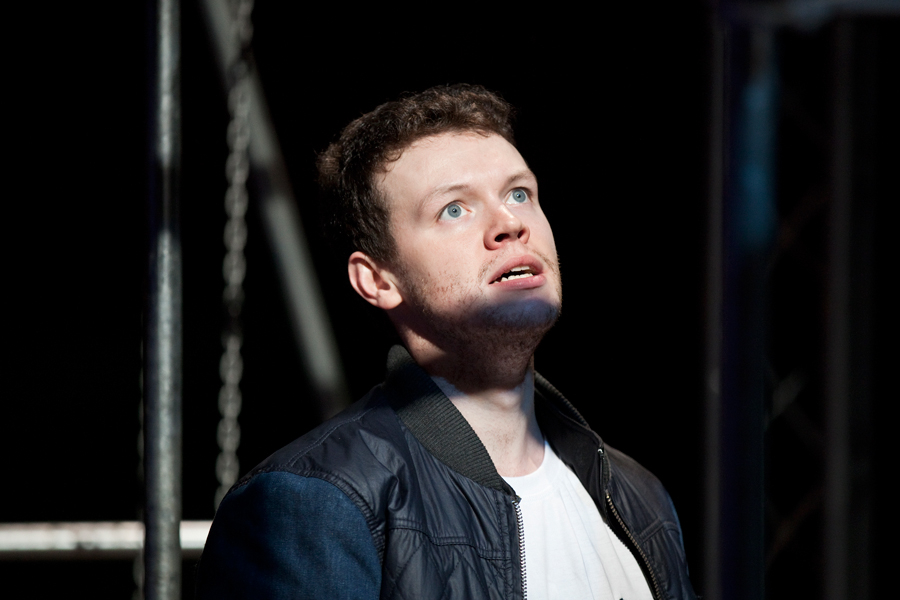 “With no apparent support network, and to have broken away from the family unit to venture out to university only to be called back to become effectively a single parent has left Tom buried under an ever climbing mountain of bills, bailiff notices, and broken appliances.

Whilst his commitment to his family is commendable, the anxiety and regret of trying to be a father/brother/carer is at bursting point. Every single day is spent defending his home from the ever increasing ominous knocks at the door and the battling with his difficult naive younger brother Sax.

I love Tom’s devotion to his brother and his ability to bear the weight of the world in order to protect those he loves. He’s really doing his best, but there is no doubt that alongside his devotion he is very lazy. Procrastination is the main reason they are struggling so hard now, and with the job market as it is, he’s living off the dregs of his quickly vanishing student loan.

Tom’s story, though it may be difficult to stomach, is not unheard of in the UK. It’s one that has very little coverage and for the sake of those young people I feel a lot of responsibility to do it justice. He is Atlas clad in sportswear.

The rehearsal process has been a joyful experience – the room was brim-filled with massive laughter and a lot of love. The entire cast bring such a dynamic vibe: always changing, forever fresh and taking chances.” 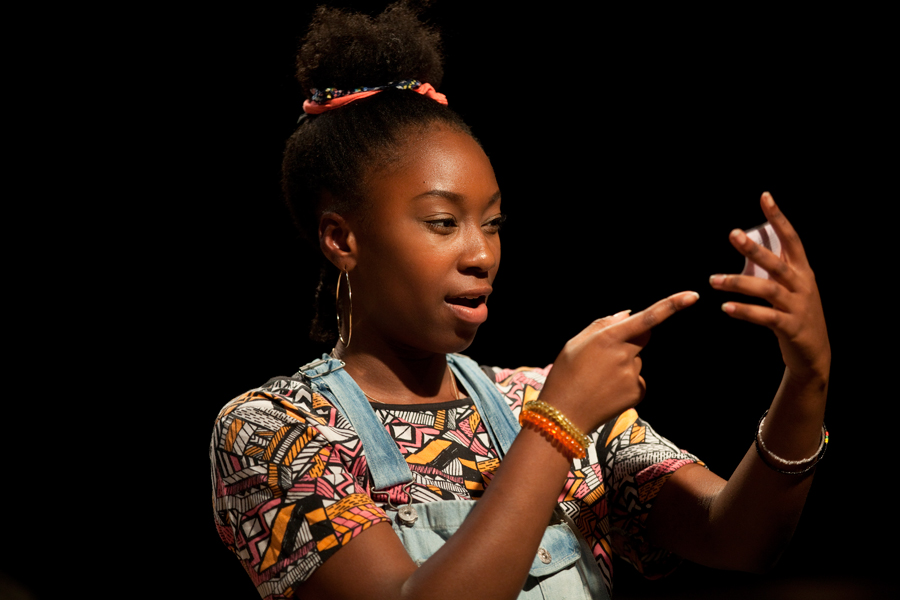 Lucia reacts to things before thinking. She’s very attached to her best friend Elaina, but at the same time she knows that in order for her to progress in life, she has to get away from her. That’s why this summer holds so much weight between the two characters. She puts up with a lot from Elaina, and the two of them have a very odd and sometimes damaging relationship. She is a loyal friend, and knows she would risk almost anything for Elaina, but I think she’s starting to realise that if she does, she could end up somewhere she does not want to be.

She’s uncomfortable around boys, although she does try to accommodate them when they cross her path. This has stemmed from her troubled past. She can jump from emotion to emotion like most young teens who are trying to figure out who they are in this world. She’s only 15. She’s also working through what God means to her, and how important Christ is in her life.

It took some time for me to connect with my character the way I have now – to find my character’s unsavoury side and match it with the desperation that I found hidden within her dialogue. It’s a process: I had to let my character grow organically using those methods.