To mark Oxford International Women’s Festival 2021, two incredible women will be discussing their artistic responses to their personal stories of war.

Diana Forster completed her BA in Contemporary Fine Art at Oxford Brookes in 2017. Her exploration of art and conflict arose from her mother’s experiences in Poland in the Second World War. Her mother was forcibly removed from her home in eastern Poland when Stalin’s troops invaded, and was transported along with an estimated 1 million other Polish people to labour camps in Arkhangelsk and Siberia. Diana tries to communicate the unimaginably shocking rupture between a settled, normal life, and a terrifying future decided by people who don’t care about you. Her exhibition, Such a Long Journey, will be at The North Wall from 13th – 25th September 2021.​

Rana Ibrahim is an Iraqi archaeologist, a freelance artist and the founder of Iraqi Women Art and War (IWAW) project. She is currently working with Iraqi women based in Oxfordshire, helping them capture their oral stories of war survival through art. The project will culminate in a new exhibition, ‘Of Ordinary Things’, which will be exhibited online via IWAW website and exhibited physically at the Museum of Oxford later in 2021. Rana has MA Museum Studies from Newcastle University in 2009, and works with GLAM at the University of Oxford, and recently worked at History of Science Museum, as a Collection Project Officer and part of a project team called Multaka Oxford.

This free event will take place online on Wednesday 10th March from 7-8pm, followed by a 15 minute Q&A session. A Zoom link will be sent to you on the day of the event – please check ​your junk mail if you have not received this by 5pm, and email contact@thenorthwall.com if you are experiencing any difficulties joining. 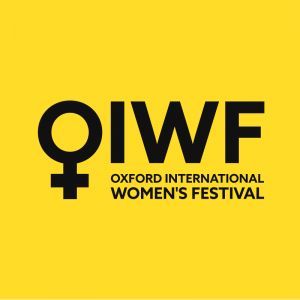 Book tickets
Our Spaces
Our History
Contact us
Receive Our Newsletter