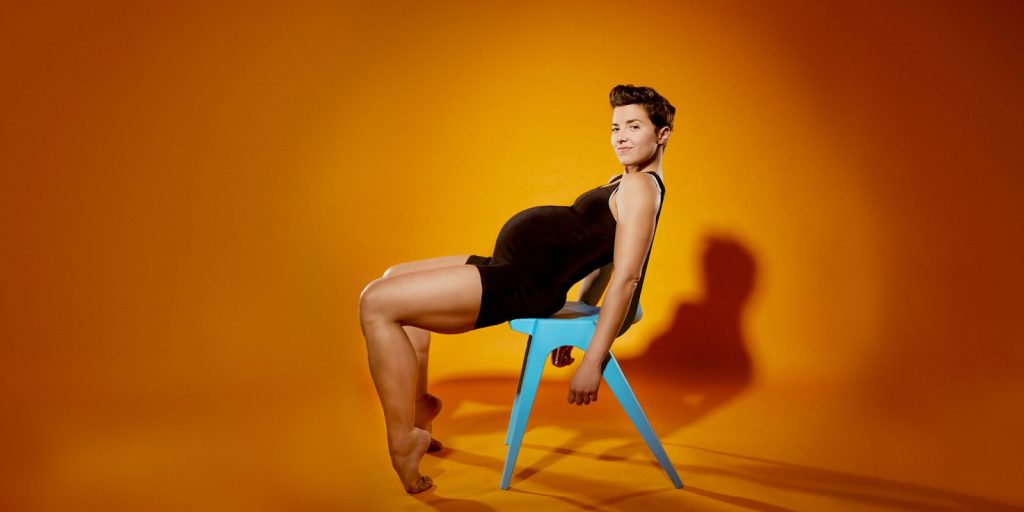 A hell of a lot can happen in the time you await the results of a pregnancy test. This is the story of a woman staring down the barrel of motherhood, torn between her own ambivalence… and an uncontrollable urge to push.

‘An engaging, expressive performance… as dynamic as its title suggests… this is a show that captures the blizzard of feelings parents have for their as-yet-unborn children.’ The Guardian

‘A searingly honest feminist perspective… I’d go out of my way to catch Popelei.’ Lyn Gardner, The Stage

‘Clarke is bloody wonderful… an enchanting raconteur. It’s an exceptional piece of new writing.’​​ The Play’s The Thing

‘The sparse staging is a real standout – it’s simplistic yet stylish. This is all helped enormously by the superb lighting design by Claire Childs and sound design by Santiago Jara Astaburuaga.’ Upper Circle