Join us for a night of laughs ahead of the Edinburgh Fringe with two fantastic comedy previews:

Ultra-topical comedy and presenter of Unspun. As seen on The Royal Variety Performance, Mock the Week, The One Show and Question Time. Now with added Trump.

“Possibly the best political comedy show on the Fringe”. ★★★★★  The Telegraph

“A first-class comic” The Guardian 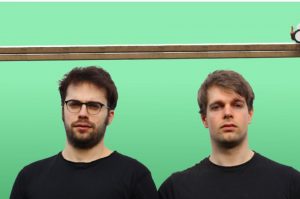 Foxdog Studios is a double act comprised of IT professionals-turned-comedians Lloyd Henning and Peter Sutton. Combining comedy, computer programming and rock music, Foxdog Studios are making a name for themselves as the most innovative emerging acts in British comedy.

“Foxdog Studios’ technological wizardry is matched only by their baffling modesty… this is ridiculous, unique and so funny your face will hurt”

Seating for this performance is unreserved