Join us for an evening of live music, comedy and poetry in solidarity with refugees and asylum seekers. Hosted by Will Gompertz, the gala opens with a drinks reception with an authentic taste of Syrian canapés, followed by a fantastic line-up of performances.

Muradi Baker
Rising star, poet and storyteller. Forced to flee her home and loved ones due to the ongoing Syrian Civil War, Muradi will be sharing her raw and confronting hand-written work, translated from the original Arabic, on the subject of displacement, home and what it means to be a refugee.

“Richly expressive, channelling such deep emotion it feels like a dramatic performance at the theatre” ★★★★★ The Scotsman

Asylum Welcome is an Oxford-based charity helping asylum seekers and refugees to feel welcome, safe and confident. 100% of the proceeds from ticket sales and money raised on the night will support their valuable work. 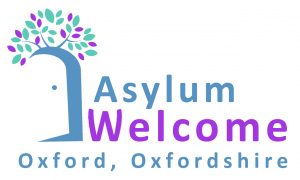 All tickets: £26
Includes complimentary welcome drinks and canapés on arrival